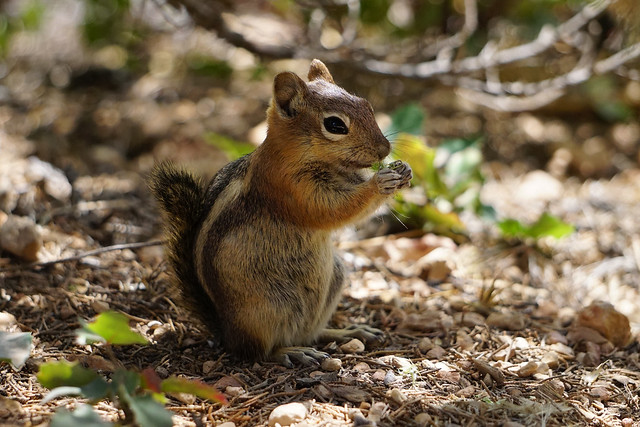 The Bryce Canyon National Park does not only feature amazing views of the canyon and enjoyable activities for everyone. With the park covering a vast track of land, you are likely to encounter smaller animals like weasels, skunks, squirrels, cottontail, porcupines and raccoons among many others. Plus, people can also get the chance the Utah Prairie dog which is an endangered species.

Topography and Climate
The animals that you can see in a particular area would depend on its topography, the available food and the climate. According to experts, the park has about 59 mammal species located in 3 climatic zones. At the lower elevation, there you find squirrels, rabbits and chipmunks. This is also where you find snakes and lizards. At the middle elevation wildlife, there lies the cottontails and jackrabbits. Other mammals occupy the higher elevation.

The Utah Prairie Dog
In visiting the Bryce Canyon National Park, you also get the chance to see the Utah Prairie Dog which is considered to be an endangered animal. It is one of the 3 endangered animals inhabiting the area. The dog has a reddish to brown color and is 12 in. long. The Utah Prairie Dog is part of the squirrel family.
When you go around the canyon park, you often find red squirrels and golden mantel. The latter is also known to be active around the campgrounds. The animal features a grayish brown with black and white color topped with a head that is reddish brown.
Aside from squirrels, you can also see chipmunks. Some might confuse chipmunks with squirrels as the two look slightly the same. Around the fir forests, you can find Uinta chipmunk. The other species of chipmunk occupy the Rim Trail and the lower elevations.
You can also find jackrabbits and cottontail. They hop around the grasslands. Cottontails have a gray to brown fur while jack rabbits have black tails and tall ears. Jack rabbits move fast avoiding predators.
At the Bryce Canyon Amphitheater, there are also other small animals that you can see especially at daytime. Gophers and mice occupy the place at night time. These animals are preyed by other nocturnal animals like badgers, ringtail cats, coyote and skunks.
For a wildlife watcher, Bryce National Canyon Park is a nice spot where you can observe various species both during the day and night. Animals are already used to people being around so you can see different mammals. You can take photos just make sure that you observe from just the right distance.